Fresh Bourbon Distilling to be t…

A selection of some of the drink… 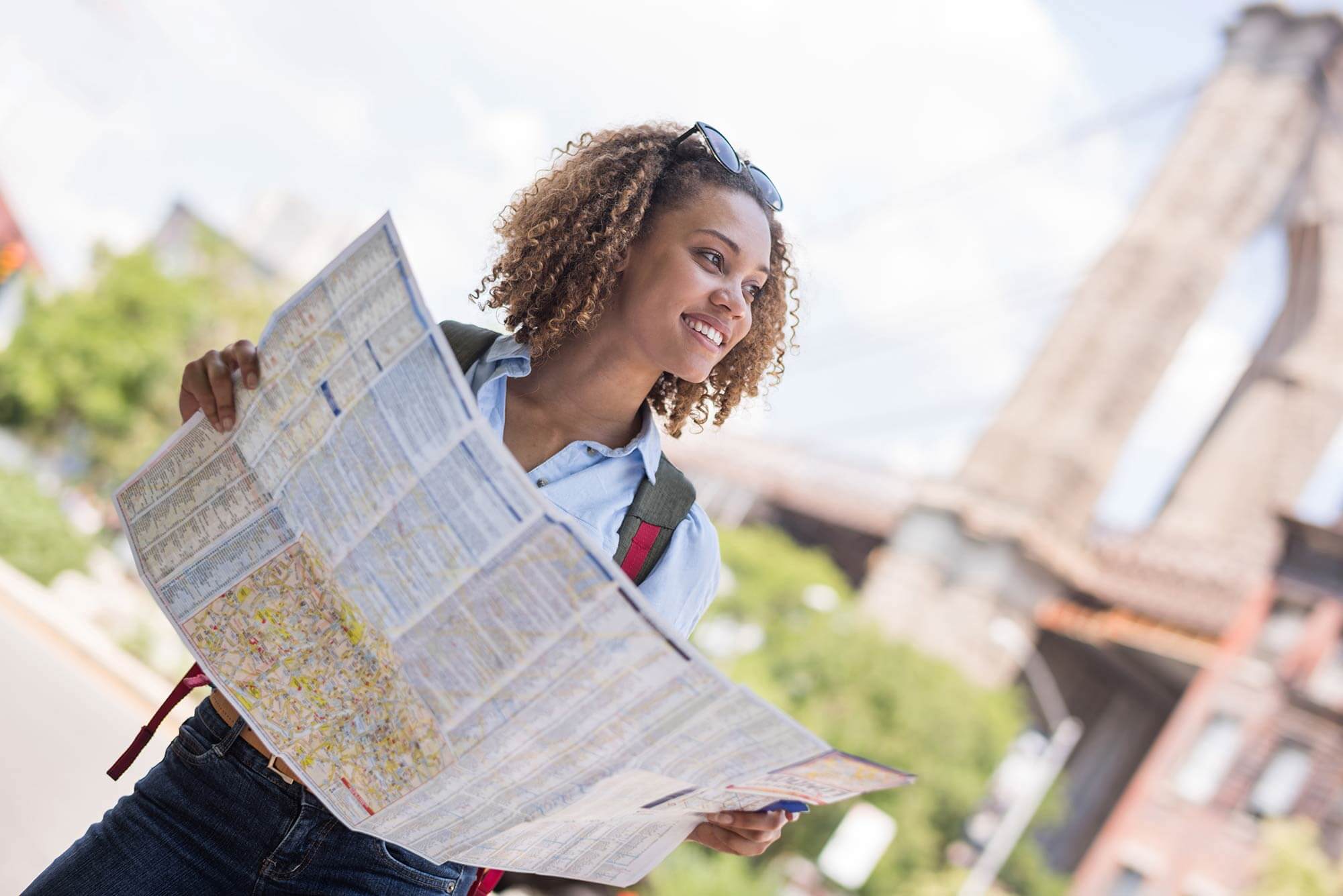 Today, travelers are hoping to experience a destination “like a local,” getting a true insider’s look at where to eat, what to see, which neighborhoods to explore. We’re all about that. Discovering a destination’s hidden gems is truly one of the most rewarding aspects of travel. But sometimes, that mindset lures new visitors astray. Never been to Paris before? Don’t skip the Eiffel Tower or the Louvre, please! They’re famous—and popular—for a reason. These not-so-hidden gems provide invaluable insight into a destination, be it an epic view, or a priceless look at its history, whether or not you decide to wear a fanny pack.

Here, we take a look at why it’s okay to embrace your inner tourist when visiting a new destination, and what exactly should be on your radar around the country.

One of America’s most historic cities, Boston has been at the forefront of America’s development since the Colonial Era. Nowadays, the tech, education, medical and cultural hub is one of the best places to be a tourist.

For over a quarter century, Boston’s Duck Tours have served as the other major provider of historical and cultural tours of the city. Taking place in a boat-bus landing vehicle, these excursions move seamlessly from the streets to the calm waters of the Charles River. Sites include Quincy Market, Government Center, and Beacon Hill. If you’re a first-time visitor to the city, or if you’ve been here before but thought it was too “touristy,” we firmly believe it’s worth it.

Find your Boston tourist home base at The Boxer Boston.

There are endless ways to experience NYC. But the Big Apple’s sheer size means that a few of its most iconic sites really do help give the lay of the land. The Empire State Building or One World Observatory, for example, are both perfect for seeing Manhattan’s grid of streets from above, while a Circle Line Cruise or boat ride to the Statue of Liberty give excellent perspective on the ever-changing skyline. And while you won’t be alone at the Met, MoMA, the Guggenheim or the Whitney, you will be within arm’s reach of some of the world’s greatest art ever created, with each gallery offering entire worlds of opportunity for self-reflection. Of course, Central Park is the one tourist attractions even locals return to on a daily basis. The leafy expanse is beautiful any time of year.

Recently, Brooklyn, too, has ascended the ranks, home to its own must-see attractions. Take the Brooklyn Museum, with its rotating schedule of world-class exhibitions, and the legendary Coney Island Boardwalk, a recently-redeveloped stretch of beachfront with a century-old amusement park.

When you’re in Philadelphia, it’s tempting to play the casual card and ignore the famous attractions in town. But don’t leave without gaining a better understanding of the city’s history and vibrant arts scene. The 75-minute Constitutional Walking Tour of Philadelphia includes over 20 historic sights such as Independence Hall, where the Declaration of Independence was signed. And foodies will want to discover Phillly’s buzzy restaurant scene, trying at least one cheesesteak during their trip (and maybe other local classics like tomato pie). In between meals, culture lovers shouldn’t miss their tourist photo-opp at the encyclopedic Philadelphia Museum of Art, home to the Rocky Steps, along with a world-renowned collection of artworks.

Embrace your Philadelphia tourist status at The Independent.

If you’ve never been to the capital, you’ve got to make it to the National Mall, lined by some of the country’s most famous institutions (the Capitol Building, Smithsonian museums and White House), and dotted with inspiring monuments and memorials (to George Washington, Thomas Jefferson, Abraham Lincoln, Martin Luther King Jr., the Vietnam War and WWII, to name a few). See most of these by foot, bike or scooter, or opt for a more official hop-on-hop-off bus tour. And by Capitol Hill, there are the congressional offices (where you can meet your representative), the Supreme Court, as well as the nearby (and newly redeveloped) Waterfront, with the District Wharf. North of the Mall, the attractions are less monumental, but no less fascinating. We love the streets of Dupont Circle, not far from the prestigious Phillips Collection art museum and the perennially-popular restaurants like the iconic Hank’s Oyster Bar.

Florida is, famously, a vacationer’s hotspot, with millions of visitors flocking to its beaches each year. A massive proportion of them head to South Florida—and we can see why. Home to Miami, the Everglades, and the Keys, South Florida is a tourist’s dream destination.

In Miami, the restaurants, bars and clubs of South Beach beckon. So too, does the vast swath of sand just opposite Ocean Drive. Miles of beachfront in close proximity to some of the country’s best restaurants…what’s not to love? The whole neighborhood is walkable, but the palm-shaded boardwalk makes biking an appealing option as well.

Further south, the Florida Keys are an island archipelago dotted with parks, Key-Lime-pie shops (you’ll want to stop at several), and waterfront bars. Key West is the region’s cultural hub. Here, crowds converge nightly at Mallory Square to watch the southernmost sunset in the contintental US before taking a leisurely stroll down Duval Street, home to a clutch of restaurants and bars.

California is one of America’s most storied states. Songs, films, television shows, plays and books all focus on the theme of heading west to its sweeping coastline and vibrant cities. Take Los Angeles the land of Hollywood. Is it touristy to go visit Paramount Studios or Universal Studios? Absolutely. Do we recommend it? Wholeheartedly. It’s also a blast to hang out on the Santa Monica Pier, hike for views of the Hollywood Sign, and stroll the Hollywood Walk of Fame.

Another quintessential California tourist activity is driving up the Pacific Coast Highway, heading north from Los Angeles. Along the route, Santa Barbara is an idyllic beach town for an overnight, with a mountain backdrop and a thriving local wine scene. Check out the city’s downtown Funk Zone, home to its most popular restaurants and shops, and do as the tourists—and locals—do here: hike in the wooded hills for stunning coastal views.

Past the ultra-scenic Big Sur, your California road trip takes you to the shores of Monterey, where the Monterey Bay Aquarium invites visitors to explore the native marine wildlife. Another popular attraction is a Monterey Whale Watch, letting you see some of the world’s most magnificent animals in their natural splendor. There’s also Cannery Row, an historic neighborhood of now-defunct sardine canning factories that’s now packed with plenty of contemporary delights including bars, restaurants, and shops.

Become a California tourist in Santa Monica at Ambrose Hotel, in Santa Barbara at Hotel Milo, and along Monterey Bay at Sanctuary Beach Resort.

First-timers to the Emerald City will instantly recognize its most famous attraction: The Space Needle, built for the World’s Fair hosted here in 1962. Since then, the Space Age tower has been the city’s calling card, welcoming tourists to its two-level observation deck. Just underneath the Needle, the Chihuly Garden & Glass Museum has to be one of the most visually stunning tourist attractions in America, with larger-than-life works from glass artist Dale Chihuly. Other Seattle must-sees include the historic Pike Place Market, a farmer’s market that’s taken on epic proportions, bustling with food vendors (and the visitors they attract). And fans of Grey’s Anatomy will want to head to the city’s Queen Anne neighborhood, where the drama’s title character’s house is on view at 303 West Comstock Street.

See the best tourist attractions in Seattle with a home base at Pan Pacific Seattle.

The post In Praise of Being a Tourist appeared first on Pan Pacific Seattle.